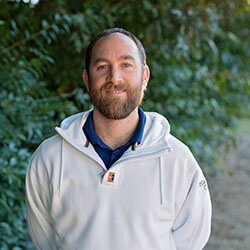 Brent joined North Hills in August 2009 and became the Pro Shop Manager in 2018. He is from Fayetteville, NC and is an avid racquetball player, enjoying traveling around the country to play national events. He is a 15-time National Champion and holds 20 State Championships in Singles, Doubles, and Mixed Doubles. He is on the North Carolina Board of Directors for the North Carolina Racquetball Association and serves as the Historian. He is also a six-time winner of the NC Player of the Year Award. Brent resides in Raleigh.